Are your #fitnessgoals setting you up to fail?

31st July 2017
‘Goals’ is a bit of a buzz word lately, especially for those who are fans of a hashtag #bodygoals, #parentingoals, #goalgoals.
And we’re all for them. We’re not here to tell you that fitness goals are a bad thing – they’re great –  but generally only for people who are good at staying motivated to achieve them.
For the rest of us who aren’t, they can be a bit a bit of millstone. Instead of inspiring us, they just weigh us down. They nag at our minds, jibing about how useless we ae for not trying harder.

So when we don’t reach them we feel like a failure. When we give up on the journey towards them, they become yet another goal we’ve lost by the wayside.
Often, we then start to think that fitness just isn’t for us. We decide not to bother anymore. It’s almost a way out and we hate to say it but, a bit of an excuse.
So how about we just get rid of the goals for good? It can be such a negative experience year after year and yet we keep falling into the same old trap, suddenly saying to ourselves ‘right, I’m going to get that flat tummy this summer, I’m going to tone my arms or lose half my body weight’ without having a clue what it is we’ll do differently this time to ensure it happens.
Things could actually be a lot different if you just never set yourself another goal.
Instead, just do your exercise, go to your classes and live your life with absolutely no body image/fitness goal in mind.
Don’t give yourself over to exercise with the sole purpose of receiving something back. Just do it and see what happens along the way.

There are two things you will get out of it that are way better than those other goals anyway.
The first is enjoyment. When you decide to simply enjoy whatever it is you’re doing to work out, then you’ve pretty much unlocked the secret to effective exercise.
The second is that it will just become part of your life, if it’s something that you do, all the time then it’s engrained in your routine and that is the golden relationship status with exercise so many of us wish we could achieve anyway.
And of course, those two elements combined – consistent, non negotiable activity coupled with actual enjoyment unlock the key to achieving those goals you used to fruitlessly sweat for, after all, anyway. 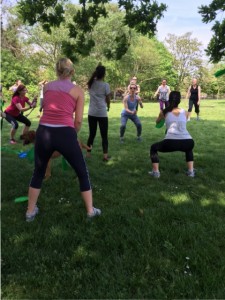 Talk to us about making exercise your thing, you know, that you just do.
WORDS: Penny Stretton
SHARE: 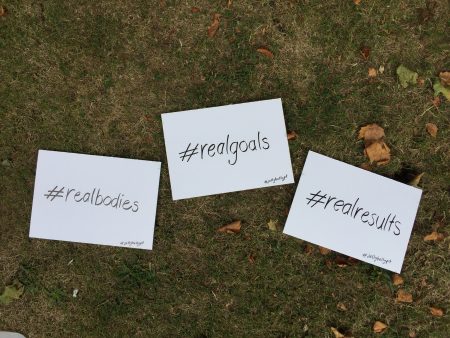 Members receive customised workouts to do at home, nutrition help and advice as well as being able to track your progress.

Sign up to our newsletter for our latest news and updates

Please get in touch to find out more